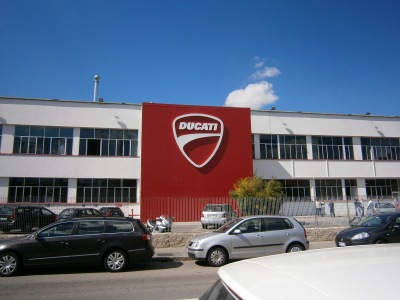 The Team met at the gates to the Bologna factory on Thursday 20th of September.
The gatehouse was looked over on one side by bright sunshine and the other by a house sized mural of Carlos Checa, with the words “Grazie Carlos”, commemorating his 2011 Superbike success.

There were certainly some highlights – examples of early models (1946) all the racing history, not just the twins, but the racing prototypes and the hightly successful dynasty of singles. 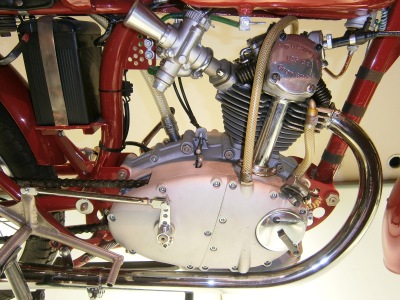 Our tour guide Natasha did a great job, explaining all that was seen on both the museum tour and the factory tour.

The centrepiece, based on the racing of Mike Hailwood and Paul Smart was impressive and topical, with the following weekend being the 40th anniversary of the Paul Smart Ducati Bicylindrico win of the 200 miles of Imola.

The early Motogiro films being shown were alone worth the visit. At the time of our visit several machines had already been relocated to Imola for the 40th anniversary celebrations – that was no problem, we would see those over the weekend! 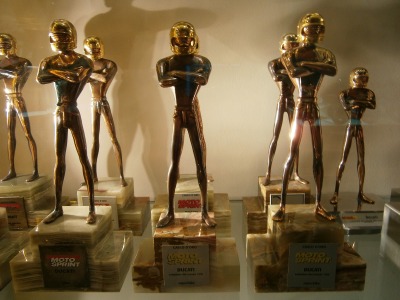 Definately worth the trip.
RB