Next weekend the team will race in  South Africa for the first time, competing in the first two rounds of the South African three event Classic Series.

The first two races are at Zwartkops and Killarney over the weekends of 30/31st of January and 6/7th of February. It’s not endurance, but it will be great to see Peter Lindén up against similar machines in the pre 1983 category.Competition will come from a host of local stars, plus Ian McPherson and Ian Simpson, last year’s series winner.The event is organised in the UK by Mick Grant, who has shipped a dozen or so bikes from the UK.TT star Bill Simpson will also be racing an XR69 Suzuki.

Interest in the races started when Bill Simpson spoke of what good events they were during last season. The team had been looking at competing again outside Europe for a while and these events fitted the bill perfectly. As an aside we had considered Philip Island but dismissed it as our bikes were out of class (the organisers allow 17″ wheels , slicks and post 82 engines), New Zealand, but our timing seemed wrong and Japan, where we could be in class, but emails were never replied to.

So, South Africa it is. Ian Simpson built on what his father had told us and speaking to others it seemed pretty irresistible. The bike and spares were transported by sea from some Hull based shippers in early December and are due back in mid-March 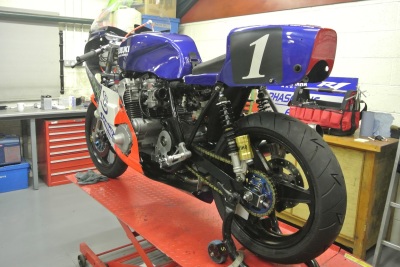 Zwartkops is effectively in a suburb of Pretoria, which in turn is very close to Johannesburg. The whole area is high and at this time of year is warm, Race day is forecast to be 36 deg C although the build up week will be in the high 20 deg Cs. So the height and climate will bring some carburation challenges. We believe that the races are very short, like the circuits, so being spot on ready and getting a cracking start will be crucial. I can only wonder about how Lindén will handle going from minus 17 deg C today, in Sweden, to plus 36 deg C next Sat. !
Killarney is likely to be easier technically. The circuit is at sea level in a northern suburb of Cape Town, with Table Mountain clearly visible to the south. This time it is a longer circuit, at 3.267 km which should give Peter more of a chance to settle down. 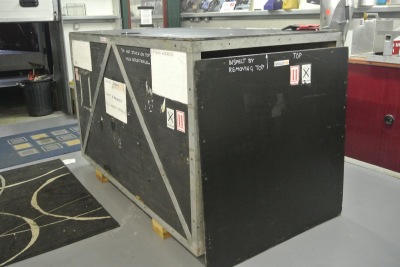 Whilst in South Africa the ‘tour’ is being organised by promoter Clive Strugnell, who,with Mick Grant, has organised the road transport for the bikes between port and circuits and back to port. With just two events in the 14 day period away, there will be plenty of time for recreation, and what better place to spend that time.
More to report from South Africa in the coming days.