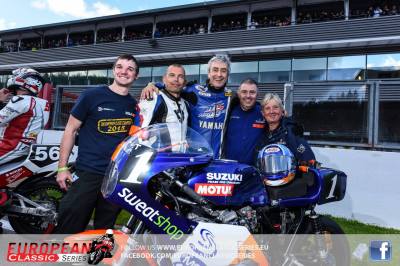 The Roadrunner Suzuki win was much celebrated as it was the team’s first win in the series, with Henk van der Mark and Dirk Brand having tried for four seasons. 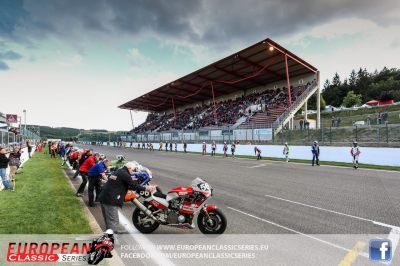 The Sweatshop Phase One meeting started well with a largely successful test day on Thursday, however right at the end of the day a starter motor clutch disintegrated sending debris around the engine. This necessitated a double engine change and an overnight strip to swap gearboxes.!

Qualifying went reasonably well with Mertens/Dickinson ending fastest for the team in third overall, with Lindén/Brasher in eleventh out of the sixty entrants.

During warm up a mysterious power loss occurred, which robbed the Mertens/Dickinson bike of perhaps 25 BHP. As warm up was only 15 mins before the race the team had no option but to start the race in that condition. Because of this lap times were some seven seconds slower than expected. !! Dogged determination and great riding allowed the Teams to hold third and fourth position for much of the latter half of the race. Pits tops were far from pretty at this event, much due to the overcrowding of the pit lane (60 teams using only half the garages) and the lack of light, making an already dangerous area even worse. Despite that, to their credit, the pit crew produced two 100% reliable machines to take them to the top of the table……. 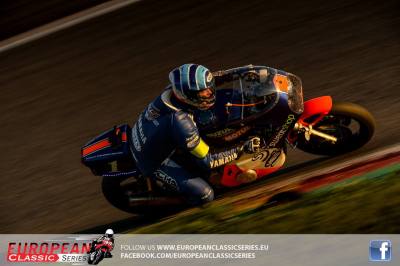 Early leaders Team Force DNFed due to Richard Hubin crashing heavily after mid distance. He broke a shoulder and ribs in the fall.

Ian Simpson and team mechanic Phill Haynes could not be at the event due to family medical issues.

John McGuinness and Steven Neate rode their MOTUL/Neate entered Harris Honda at this event bringing great publicity to the series and which received popular support. Their result was not classified.

Oschersleben next in August.