Bill Simpson is now well on the way to completing the new rolling chassis.
The ‘kits’ that Bill produces include frame, swinging arm, caliper carriers, spindles and even fairing brackets – so it should make speedy completion of the machine relatively simple… well, it will be simple when we can source an engine, carbs and pipes.!
The plan is for Peter Lindén to test sometime before the end of the season, before embarking on the ICGP’s in 2018. 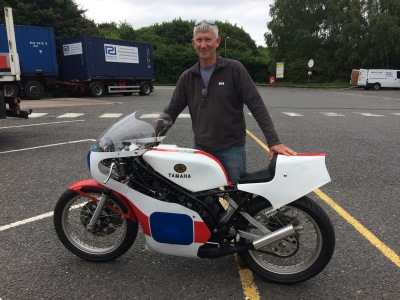 The project took a massive step forward last week when Andy Abram offered to loan his immaculately restored ex Dennis Trollope TZ350 to the team. We took delivery last week and immaculate it truly was, so much so that the first job will be to remove some of the most crash vulnerable items and replace them with modern ‘available’ stuff. A very big thank you to Andy for that. 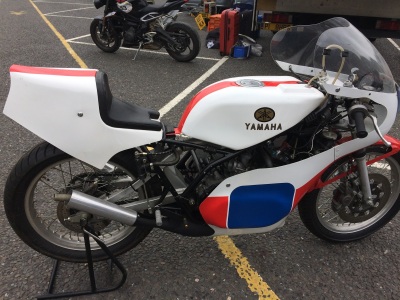 We really can’t wait to mix in with Ian Simpson and Mike Edwards next season – it really does seem to be where the classic action is right now.