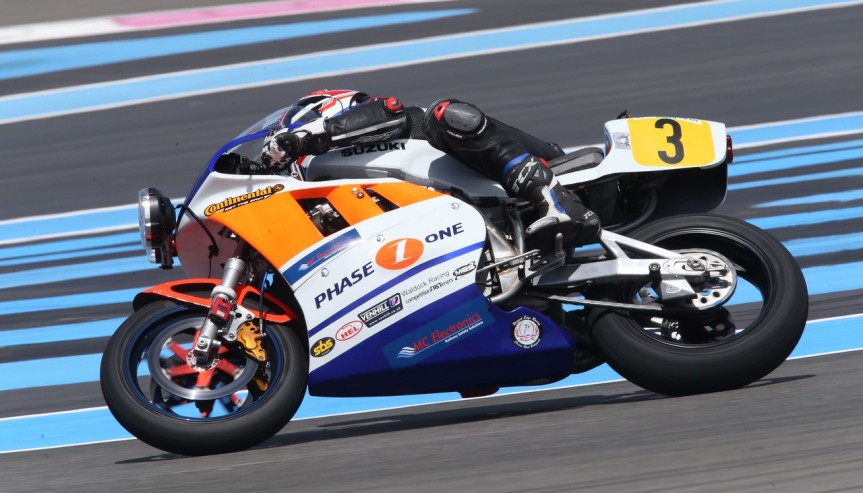 New man Jari Tuovinen  (Swe) stamped his mark with the fastest race lap at Paul Ricard. It was a great start with the new bike and the team were jubilant. As a first effort, Jari capitalised on the team’s 2nd position in qualifying and rode a great first stint. His record time was 2 mins 19.006 secs,  helping him to first place, followed by Team Force at the first changeover. Hugh Brasher and Peter Lindén consolidated until a blocked fuel filter  (always a possibility with new tanks despite the cleaning) and a broken gear lever necessitated two unplanned stops, dropping the team to 13th overall (4th Open) at the flag.

Congratulations to Continental Tyres on their fastest race lap. !

Thanks to all our sponsors for making this great start possible; this year the team is as keen as ever to give the bike its first race win….. Oschersleben is next , on June 7th .

See you there. RB

The team did not take part in race two due to an gearbox oil issue (exiting from the breather) which made it unsafe to contest the race. After 4 races (2 x Valencia and 2 x Paul Ricard) Peter still lies 2nd (TBC) in the championship. The next round is at Imatra on 15th June.