Roy Hood, Phill Haynes, Russell and Lida head for Misano tomorrow for the start of the 100th Moto Giro. Roy and Russell have been talking about competing in the giro for years and at last it’s come to fruition.

Roy’s machine is newly restored and will be competing in its first giro whereas Russell’s bike has a couple of giros under its belt in the hands of well known veteran Harry Long.

This year’s event starts near Misano on the Adriatic coast, strikes north west, almost to the French border and then returns south east, following the Mediteranian, almost to Pisa before going inland once more to return to Misano.

Phill and Lida will be in support, helping with any repairs or mechanical work and organising logistics.

In truth, it should be a good jolly with a lot of back ache.!! 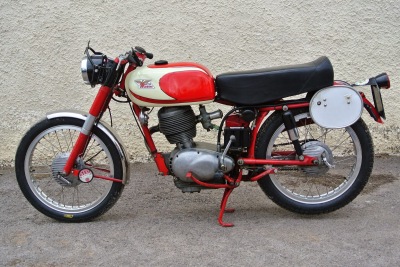