Lee Marchant of Marchant Engineering Services (MES) has confirmed sponsorship backing for the Team for the 2018 season. Team Manager Russell Benney said “What a terrific vote of confidence in the Team following its great performance at Paul Ricard two weeks ago. I know that Lee was disillusioned by the cronyism of the organisers of the ECS championship, but his enthusiasm has been firmly reignited by the arrival of the European Endurance Legends Cup (EELC). As we now find ourselves leading the Superbike class after round one, we can expect some great exposure leading up to round two at Donington Park on 13th May. The EELC organisers have already shown themselves to be on a new level in terms of being media savvy, so I know that MES will be getting even more value for money this season.We are very pleased to welcome MES as sponsorship partners once again.” 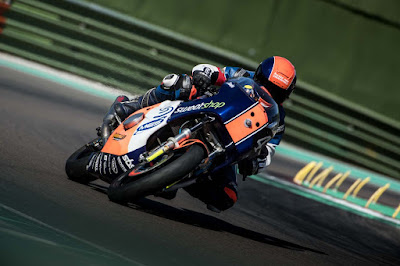 Lee Marchant ” I followed the live timing and reports from the Paul Ricard race from the UK and just wished I could have been there. The boys did so well and leading at half distance was a highlight. The other was Peter’s big push on laps 94-96 to try to retake third when he scored the team’s fastest lap. Absolutely great. I am very happy to continue to sponsor the team in this important inaugural year for the EELC and look forward to some more close racing and great images”

MES have been enthusiastic supporters of the team for 4 or 5 years and were significant contributors towards winning the 2015 European Classic Series. The company provide general and specialist fabrication and maintenance services to a range of industries in Southern and Eastern England.