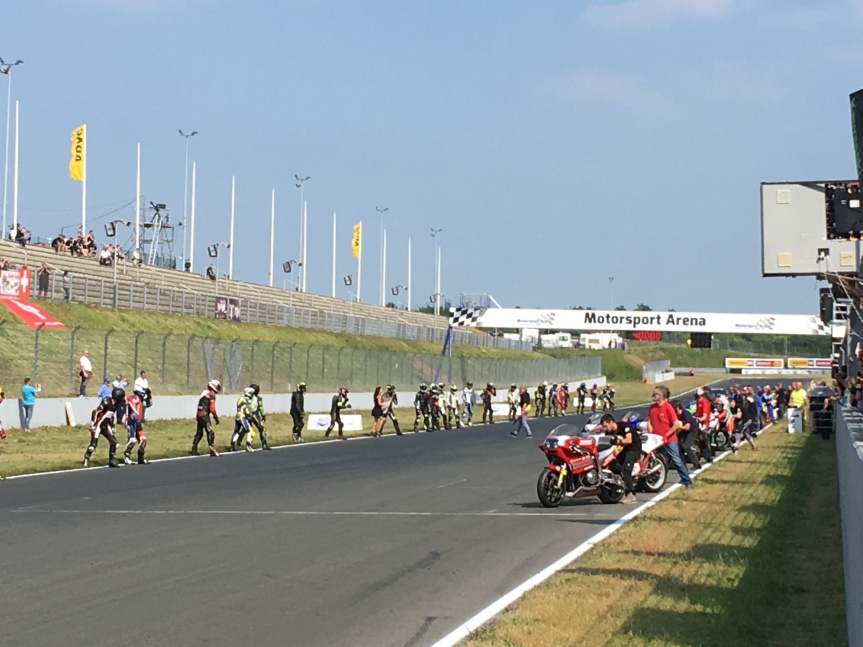 Congratulations to Team Taurus for their deserved win at Oschersleben and Roadrunner for their championship lead. For us, the race ended on lap two when Jari went down with six others, on fluid dropped by another competitor on the opening lap. Jari was hospitalised with a broken vertebrae and has been kept in for a few days for rest and observation. he is expected to make a complete recovery.

The meeting until that point had gone well, qualifying fourth on aggregate, with Hugh Brasher showing his best performance of the year, mixing it with Dirk Brand, and finishing qualifying sixth in his session. Peter Linden continued to do what he does so well with Jari, still learning the circuit, tucked in just behind.

Within the team, we know this bike and rider line-up is the most competitive we have had for a while…..the problem is to prove it.!

The team depart for Finland this afternoon for the third round of the ICGP series being held at Imatra this weekend.

We will stay in touch.